Determined to be a Doctor Someday (D.D.S.) is a pipeline program designed to expose students to the various disciplines of healthcare. More importantly, beyond the technical element, they see possibility! Transparency and vulnerability are encouraged among our healthcare professional guests, and the by-product of this exchange is an embodiment of hope. Fun, discipline-related activities are done. Scholarships and prizes are awarded, and students leave more “determined” than ever to pursue their dreams.

With the newly added toddler component, DDS is one of the few organizations in the country providing a STEAM-based curriculum outside of the traditional school setting.

Selected students derive from underrepresented groups, rural or economically-disadvantaged communities, and/or are first-generation students of any racial background.

What is Determined to be a Doctor Someday (D.D.S.)? Determined to be a Doctor Someday (D.D.S.) is a pipeline program designed to expose students to the various disciplines of healthcare. More importantly, beyond the technical element, they see possibility! Transparency and vulnerability are encouraged among our healthcare professional guests, and the by-product of this exchange is an embodiment of hope. Fun, discipline-related activities are done. Scholarships and prizes are awarded, and students leave more “determined” than ever to pursue their dreams.

With the newly added toddler component, DDS is one of the few organizations in the country providing a STEAM-based curriculum outside of the traditional school setting.

Selected students derive from underrepresented groups, rural or economically-disadvantaged communities, and/or are first-generation students of any racial background.

A one-day event has been developed for students (ages 14-18) who wish to pursue doctorate degrees in healthcare. The primary purpose of this symposium is to equip students with information on various pre-health programs/internships and professional school curricula. Age-appropriate activities will be provided and interested students are invited to participate. (Students selected for the symposium will represent minority (non-Caucasian or female), rural, economically-disadvantaged, and/or first-generation students of ANY racial background.) Scholarships will be given away in honor of the late Dr. Wisdom Coleman. Other cool prizes and awards will be given away! Lunch will also be served.

About Our First (2011) Symposium Speaker 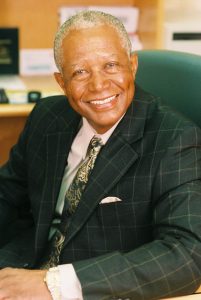 Dr. Gist was the first African-American president of the 157,000 dentist member organization, the American Dental Association, which is the nation’s oldest and largest dental association in the United States.

Dr. Gist received his dental degree from the University of Michigan School of Dentistry and was a captain in the U.S. Air Force before entering private dental practice.

Before he was chosen president-elect by the 2009 House of Delegates in Honolulu, Dr. Gist had completed a four-year term on the ADA Board of Trustees as the trustee from the 9th District, which represents Wisconsin and Michigan. He had also served as a delegate and on the Reference Committee on Dental Benefits, Practice and Health as well as chair of the Diversity Committee.

During his one-year term, Dr. Gist planned to focus on membership outreach and advocacy efforts that will have special appeal to young dentists.

He and his wife, Jill, reside in Grand Blanc, Michigan, and have one daughter, Holly, and two grandchildren. We were elated to have him speak at our very first Symposium in 2011. 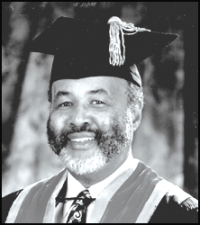 Scholarships will be awarded based on information provided on the applications. The advisory board will make a selection, and the winners will be announced at the event. The awards are provided in honor of the late Dr. Wisdom Franchot Coleman, Jr. Dr. Coleman began serving full-time as the Dean of Admissions for The University of Tennessee College of Dentistry in 2002 after serving as one of the first African-American faculty members at the college and after being in private practice for over 30 years.

Dr. Toddrick Smith summarized him best when he stated the following in an article written by the Commercial Appeal** during the time of his death: “He had an emphasis on recruiting minorities from all standpoints. But more importantly, he was concerned with getting well-qualified students in school, whether minority or majority,” he said. “When push came to shove, he recruited the best minds, no matter what race or nationality you were.” May his legacy live on!

If you have questions or concerns, please send an e-mail to beadoctorsomeday@gmail.com.

Is there a need for a program that would provide mentorship and resources for students who wish to obtain doctorate degrees in healthcare? Currently, professional schools across the nation are reporting low minority enrollment numbers in their programs, and these shortages are not specific to one particular discipline. It is known that minority professionals typically treat minority populations. With a reduction in the number of graduates from these professional schools and an increase in the number of minorities in the general population, the barrier to obtaining healthcare will continue to enlarge if this trend continues. Unfortunately, this will result in millions without access to care. So, the answer to the aforementioned question is, “Absolutely, Yes!”

Dr. Christina Rosenthal, a dentist from Memphis, Tennessee, knows first-hand the effects of lack of care. She never saw a dentist until the age of 13, even though she was an enrollee of TennCare (Tennessee’s Medicaid program which provides free dental services). Her first dental visits were with African-American female dentists, which she insists not only taught her the benefits of taking care of her oral health but who were very instrumental in her career selection.

Coming from very humble beginnings in North Memphis, Dr. Rosenthal’s quest to become a dentist was never easy, but she made it. Dentistry has not only allowed her to achieve her dreams, but it has also given her a chance to be a blessing to her family and the community! This could not have been possible without healthcare providers, who not only provided care but served as mentors, along the way. Dr. Rosenthal’s love of helping and sharing knowledge with others has led her to create this initiative. It was designed so that young people, who come from similar backgrounds, can not only obtain mentors but receive the necessary resources to obtain their goals of becoming healthcare professionals. It is desired that upon completion of these programs they will return to their communities and help close the access disparity.

The D.D.S. Program and Symposium are entities of The 516 Foundation, Inc.

The Foundation is a non-profit organization with a simple mission: To address the needs of the world community by improving every facet of life through the principle of servitude.

Articles of Incorporation, Procedures and Policies, and By-Laws are available to contributing parties upon request.

Why is there a need for the DDS Program and Symposium? Read the various source excerpts below to find out why.

Summary of Minority Shortages in Healthcare from Various Sources

According the American Dental Association’s website (www.ada.org), “there is a critical need in many underserved communities where minority and disadvantaged people are not getting the care they need. Only 12 percent of students entering dental school are minorities, while minorities make up 25 percent of the general population. Recent data shows that minority dentists treat a very high number of minority patients. More underrepresented minority dentists (African American, Hispanic and American Indian) are necessary to eliminate the barriers to oral care. This need is expected to increase as statistics indicate that 58 percent of the population will be comprised of underrepresented groups by the year 2050.”
Source: http://www.ada.org/1211.aspx

An article written on January 29, 2010 by Medical New Today states the following:
Although the number of minorities in the medical profession has risen in recent years, decades of discrimination still leaves them drastically underrepresented in the field, as chronicled in new report appearing in the February issue of the journal Academic Medicine.

The U.S. Surgeon General says mentoring is one solution.

“There is no doubt that much progress has been made in the past 100 years with regard to minorities’ representation in the medical profession,” said report co-author IIana Suez Mittman, Ph.D. “Unlike the turn of the twentieth century, currently there is heightened awareness to issues of injustice and inequity, where discrimination is unlawful and minorities are able to attend any medical school of their choosing.”

In 2008, African-Americans, Hispanics and Native Americans made up more than a third of the U.S. population but only 8.7 percent of physicians and 15 percent of enrollment in medical schools.
Source: http://www.medicalnewstoday.com/articles/177487.php

There are sixteen colleges of optometry in the United States, one in Puerto Rico and two in Canada; each year, they admit 1400 new students; 2226 applicants submitted a total of 5599 applications to the colleges for the first year positions in 2004. Sixty percent of the students currently enrolled in optometry schools are women; approximately 28% of practicing optometrists are female. African Americans, Hispanic Americans and Native Americans are underrepresented in optometry.

Ten percent of the students currently enrolled in optometry schools are minorities; nearly 13% of optometrists 25 to 40 years old are members of minority groups, compared to 6% of those aged 41 to 50 and only 4% of optometrists over age 50.
Source: http://www.oglethorpe.edu/faculty/~d_schadler/optometry.htm

According to an article written by Dr. Barbara Hayes, former chair of the Council of Deans for the American Association of Colleges of Pharmacy, “pharmacy is experiencing many of the same challenges faced by dentistry, medicine, and nursing in increasing representation of minority students in their professional programs. These challenges include the level of K-12 educational preparation of minority students for college work, including inadequate science education; inadequate numbers of faculty members from minority groups to advise, teach and mentor underrepresented minority students; increasing costs of higher education and declining levels of financial aid; lower performance on admission tests; an over reliance on standardized testing in the admissions process3; unsupportive institutional cultures3; lack of sufficient funding for student support services; and lack of administrative leadership to guide the development and implementation of sustainable programs to address recruitment, retention, and graduation of underrepresented minority students. There are some emerging issues in pharmacy education that have the potential to negatively impact future enrollment of underrepresented minority students. These issues include increasing the number of hours of pharmacy prerequisites and making the baccalaureate degree a requirement for admission to the PharmD program.”

An article listed on the American Veterinary Medical Association states on an article on its site that “the U.S. veterinary profession is facing critical workforce issues that will heavily influence the role of veterinary medicine in society.

The numbers are telling. Data indicate fewer men are choosing jobs in veterinary medicine; most veterinary graduates are forgoing food animal medicine and nontraditional career fields such as biomedical research to work as companion animal practitioners; and minority veterinarians remain a small part of a profession that’s looking less and less like the society it serves.

In short, the veterinary profession is on track to becoming a mostly female profession that has limited itself to a narrow scope of service.”
Source: http://www.avma.org/onlnews/javma/jun07/070615e_pf.asp

It’s time that we be a part of the solution!

Click here for an applications for the DDS Symposium and Program